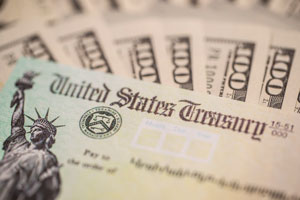 Custodians are holding over $60 billion in lost money and over 80 million missing owners and heirs are entitled to this money. This money is lost after the original owners or rightful heirs fail to communicate an interest in them over a period of time. The period of time that must pass before an asset is considered legally abandoned – the dormancy period – is set by law. It varies with the type of property involved but generally runs one to three years.

If at the end of the dormancy period there has been no owner-directed activity, those holding the assets – insurance companies, banks, brokerages, trade and credit unions, employers and utilities – transfer them to the protective custody of a trust account.

Most missing heirs do not know they are entitled to receive this money, because entitlement arises from the death of a family member who failed to leave behind complete financial records. Holders make only a limited effort to track down rightful owners, but it’s a near-impossible task for a number of reasons. Claimants often cannot be found because they’ve moved, switched jobs, changed name after marriage and divorce, or as a result of computer and clerical errors.

To search for money and property abandoned by a deceased family member, please contact us for an appointment.